In early August, 56-year-old Memphis-area resident Leslie Nelson’s belongings were thrown out into her yard. A resident of the nearby Memphis suburb of Raleigh, Nelson was still recovering from COVID-19 and was also suffering from epilepsy at the time of her eviction.

Leslie was evicted because of her inability to pay her mother-in-law’s medical bills. Her mother-in-law was the technical owner of the property where she was living. She had passed away several years ago and the house was left to her and her partner. She didn’t know the bills existed.

“I offered to pay,” Leslie told the Commercial Appeal, Memphis’ local newspaper, referring to when a process server showed up to collect on the unknown debt, “but he didn’t even give me a warning. He just sent movers over here and they showed up with police officers.” A GoFundMe pageset up to help Nelson get back in her home has raised nearly $15,000. 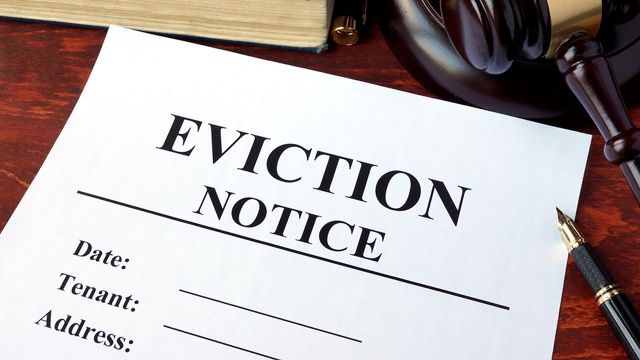 According to friends, Nelson is currently “navigating the court system and has a temporary residence.” The public opposition to her eviction “was able to get her the resources she needs to fight back.”

Nelson contracted COVID-19 when she went to a friend’s house on June 11. A few days later she started feeling sick. Her health deteriorated and she felt sicker than she had ever felt before. She called an ambulance and was hospitalized for a few days and was put on oxygen. Methodist North Hospital released her when she was starting to feel better. But she became ill again when the process server showed up.

According to the Commercial Appeal, she suffered from “an epilepsy-induced seizure” on the day of her eviction. In one of the videos that were taken, she was heard to say to a police officer, “I have COVID-19 and it’s hard to even think!”

There have been over 26,000 COVID-19 cases in Memphis and 369 deaths according to the City of Memphis website. As with other parts of the country, testing is only being offered to “those who are symptomatic, contacts of confirmed cases, or who work in the healthcare field,” the website notes.

Furthermore, Shelby County Health Department Director Dr. Alisa Haushalter will not release COVID-19 cases reported at schools. The county has falsely declared its primary concern is that it does not want “to breach the privacy of any child and create issues of stigma.”

Demster also spoke to the World Socialist Web Site about the incident that developed at Nelson’s home and the looming eviction crisis in the city triggered by the pandemic. “Leslie called me. She was crying and terrified! I simply said, I’m already on my way and I’ll do what I can. She said she was very relieved to know she wouldn’t be alone.”

He continued: “We have over 9,000 evictions coming up. This will devastate this city. [It] caught me off guard when the first one I heard about hit so close to home. Memphis is the poorest or second poorest city in the country for decades. It’s no surprise that we are facing so many. Under-resourced, under-funded and forgotten.”

Memphis has an overall poverty rate of 27.8 percent and a child poverty rate of 44.9 percent. These statistics put Memphis in second place overall in poverty as of 2019, based on data taken from the University of Memphis (UofM). According to UofM, “Memphis is not ‘number 1’ in poverty in 2019, in either overall or child poverty. However, this is not cause for optimism, as Memphis is in worse shape than a year ago.”

“Memphis is the logistics-distribution hub of the world, dependent upon low wage workers and warehouse workers,” Demster explained. “The oligarchs here do everything in their power to criminalize the activist and concerned citizens who fight for the working class. Hence the federal lawsuits and police surveillance and sending federal troops here to silence us.”

Another acquaintance of Nelson’s who had received word of the eviction-in-progress over social media told the WSWS: “When I got there, there was a group of movers throwing all of her belongings onto the lawn. Leslie told me she had recently gotten out of the hospital and the process servers showed up at her house with no warning and told her she was being evicted.”

“Regardless of any moratorium on evictions, landlords are finding loopholes like in Leslie’s case,” the acquaintance said. “And if not that, then they’re not making necessary repairs to keep homes livable. Predatory landlords are predatory no matter what kind of protections are in place.”

With the ending of the $600 extension of unemployment aid last month and as state moratorium on evictions expire there will be incomprehensible suffering inflicted on the working population in Memphis and beyond. In the United States, one in five adults in rental housing reported that they were behind on rent in a Census Bureau Household Pulse Survey conducted in early July. That includes 12.5 million adults who had not paid rent and another 1.3 million whose rent had been deferred.

The National Low Income Housing Coalition’s CEO, Diane Yentel, recently noted, “The 40 million U.S. households projected for eviction by year’s end — and the lack of legislative action to prevent them — is [like] nothing I’ve ever seen.”

“I know of several people who are being taken to court as soon as next week whose landlords are trying to evict them,” an activist in Memphis told the WSWS. “I know of four immuno-compromised, unemployed roommates whose landlords have refused to repair the hot water heater, leaks in the roof, etc. The landlord is trying to evict them next week even though they have nowhere to go. Everyday I hear more stories like that, and it’s only getting worse.”

The callous treatment of working people such as Leslie Nelson is an expression of the malign neglect of the ruling capitalist class. Billionaires have received an endless flow of cash in order to boost their financial balance sheets and boost Wall Street to record highs while working people seeking to stay in their home are treated with abuse and contempt.

Only a mass socialist movement of the working class, basing itself upon the social needs of the population, can stop the money-mad campaign to force workers back to work in unsafe conditions while leaving millions destitute in the face of COVID-19. Categories Where We Provide Service!